Places to Visit in Bhangarh

Recognized for its historical ruins and blood curdling ghost stories, Bhangarh fort is the place which would definitely give you real jolt. Built by one of the Navratans of Akbar’s court in 17th Century, Bhangarh is completely a deserted town between Jaipur and Alwar which gives a chill on your spine when you enter through the fort’s gate. Apart from the ruins of the king’s palace, there are temples, palaces and havelis inside the fort. Many myths are related with this haunted fort.

Established in 1573 by King Bhagwant Das, Bhangarh Fort is basically famed for its haunted and mysterious presence but it is also a place that is beautiful and pleasant. Due to its mysterious spine chilling stories and fascinating facts, Bhangarh is a place which is not for the faint hearted. It is strictly forbidden by the government to enter at this fort at night.

There are many interesting stories behind the mysteries of Bhangarh fort. It is believed that spirit roam in Bhangarh Fort at night. Many incidents have been reported in the fort after dusk.

There are many tales around Bhangarh being haunted. One of them which is more relevant and accurate is that the Bhangarh city was built by King Madho Singh who purposely overshadowed the abode of the sage, Baba Balanath who lived in the fort and he demanded that his house must never be touched by the shadow of another house. Thus with his rage he cursed the whole place with mass death.

Another interesting stories roam around love, romance and revenge. This Story states that a tantrick tried to use black magic to get the Princess, Ratnavati, which did not work and thus he cursed the whole place with no more rebirths.

That is why, according to the folk tales, entering in Bhangarh before sunrise and after sunset might bring unexpected trouble.

According to the local tales, many weird and scarcely credible incidents like some one’s talking and a special smell is felt. The government also has placed a sign board for not entering inside the gate of the fort after sunset. The paranormal activities inside the bhangarh fort is enough to scare us at nightmares.

4 thoughts on “A Glimpse of Bhangarh Fort Tourism” 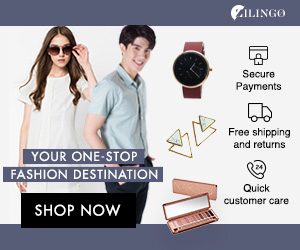